Asia, United States and Africa have traveled to a lot of countries and have come so far. I stayed in a hotel and a guest house, and sometimes slept on board and experienced a stay with the various shapes. It was because how contact with a local person was that how facilities in lodgings were for whether the travel was good. I’ll come to like the country for a few things really, and it’s a dislike. The national friend who has that has also called for 2 hours, takes a train and has come to meet at the end of work to meet me. The national friend who has that invites me to a home, and, the family, it was in full force and you held a karaoke meeting. I’d like to try the thing everyone made me in such wind in the Japanese country, and this business has been begun. Everyone comes to like Japan, and the person who has come to my accommodations would like to make 、、、 which spends every day by very happy feeling such wind. The pleasure of that case is the treasure even now. An overwhelming charming tourist spot is also left for the memory. The elephant, the buffalo and a lot of animals which came at the savannah which spreads over the vast crater and 360 times which came in Tanzania of a honeymoon open their feeling to the form that strut blasts off on the natural inside, and I remember that I was quite moved. I’m thinking an extended period wants the foreigner who lives there and the foreigner who visits for short sightseeing to feel the thing which could be done and the moved thing people of the world are making themselves so far in Japan and am running the business. 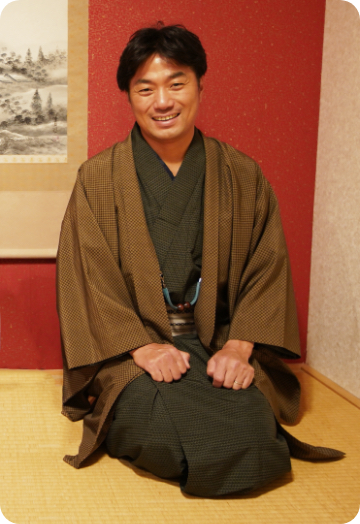 My roots and goals

My roots are Kouri Island in Okinawa. My ancestors have lived on the island for generations, but it was a poor age so I could not live on the island and my grandfather moved to Osaka about 80 years ago to work. Okinawans are people with frontier spirits who have emigrated not only in Japan but also around the world. I feel that I have the same spirits, and from now on I want to expand to not only Kyoto, Osaka, and Okinawa but also Nara, Hyogo, Tokyo, and other parts of Japan, and in the future I would like to make accommodation in Asia.
My dream has only just begun, but I’m going to move forward.
Sincerely.

We pursue the happiness of all the people around the world who are involved through the exciting happiness creation business.

We will contribute to the development of towns, regions and islands through our business, pass on culture and create regions.

Continue to be a
sincere company

We will be sincere companies that grow together and pursue happiness.

We aim to be a company that bridges the gap between foreignersand Japanese people, fulfilling the excitement of foreigners.

KANAU LLC is engaged in the following businesses.